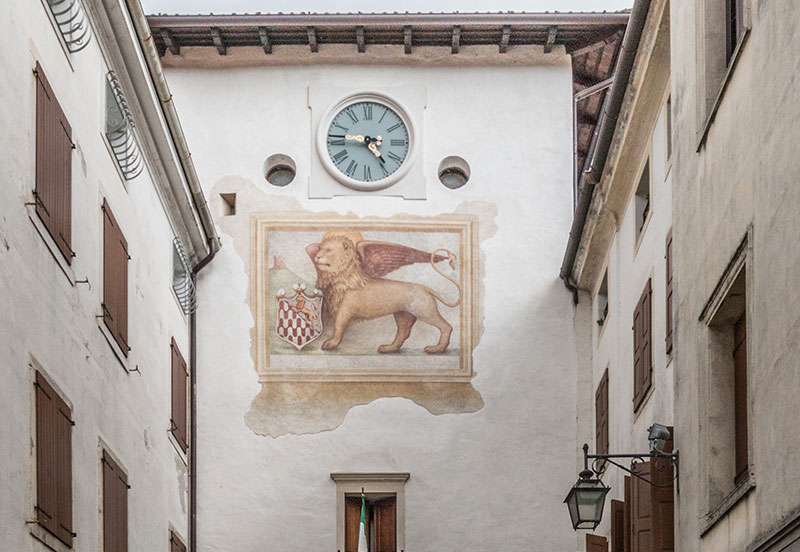 The monument, also known as Porta Nova, has been documented since 1399. Over the centuries, it has undergone numerous architectural interventions. The façade still features fragments of 16th-century fresco of the lion of St Mark holding the coat of arms of the Lords of Spilimbergo and the decoration on the faux ashlar base.
In 1855, the wooden doors were removed to expand the opening. The ancient décors were covered with plaster, and a small terrace with a balustrade was created.

Moving away from Piazza Garibaldi, in the opposite direction of the Western Tower, you get to the Eastern Tower, which belonged to the first row of city walls. It was built in 1304. Next to the tower, you can admire the Painted House with 16th-century frescoes. Crossing the tower, you can continue to Piazza Duomo. From this side, you can notice an impressive clock with Roman numerals, two wooden balustrades, and the arch, which is much higher than the other side. The Eastern Tower connects Borgo Vecchio to Borgo di Mezzo. 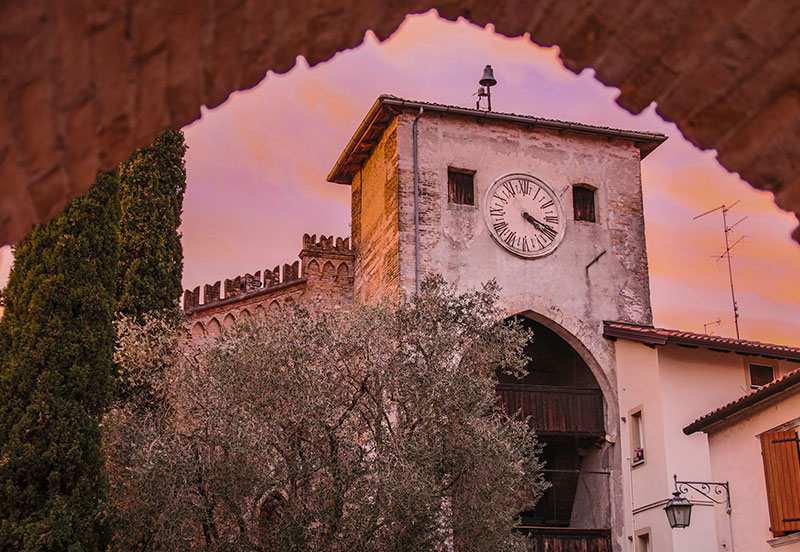