This is an itinerary for art and music lovers. Friuli is an area home to valuable ancient pipe organs, including in Spilimbergo.

The sounds and colours of music* 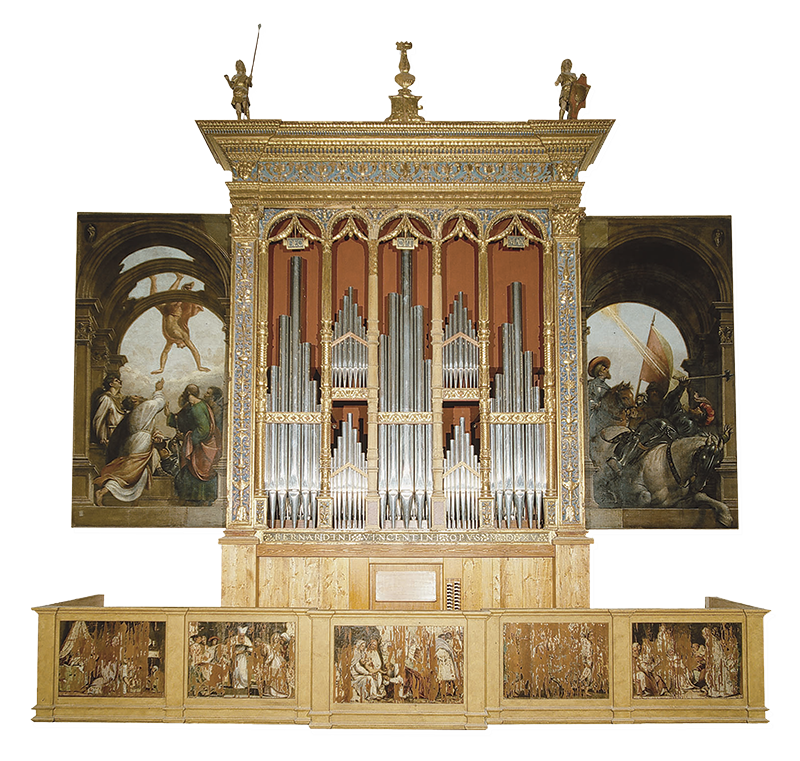 In the late 15th century, counts were particularly vigorous in their support for music, and they founded an important schola cantorum. For this reason, the town has a significant collection of artistic and cultural heritage tied to music, which has been celebrated recently in the form of some popular local events.

The full tour takes place entirely in Spilimbergo.
Cathedral of Santa Maria Maggiore: a monumental organ with a splendid chest by Venturino of Venice and a wonderful sequence of paintings by “Il Pordenone”, as well as miniature antiphons by G. Antonio de Cramariis.
Friars’ church: wooden choir stalls by Marco Cozzi, and a large concert organ by Gustavo and Francesco Zanin.

Half-day excursion. The excursion can be accompanied by a musical demonstration of the organ by a concert organist (booking required). The organ-themed itinerary can also be extended to include visits to the instruments in Gradisca and Travesio (where you can also admire the frescoes by “Il Pordenone”).

For safety reasons, the illuminated manuscripts are accessible to groups of a limited number.

Did you know? The wooden chancel in Spilimbergo, built in 1477 as a bequest dating back to before Giuliano da Tropea, is twinned with that in the church of Santa Maria Gloriosa dei Frari in Venice. The chest on the pipe organ in the cathedral is one of the world’s oldest. 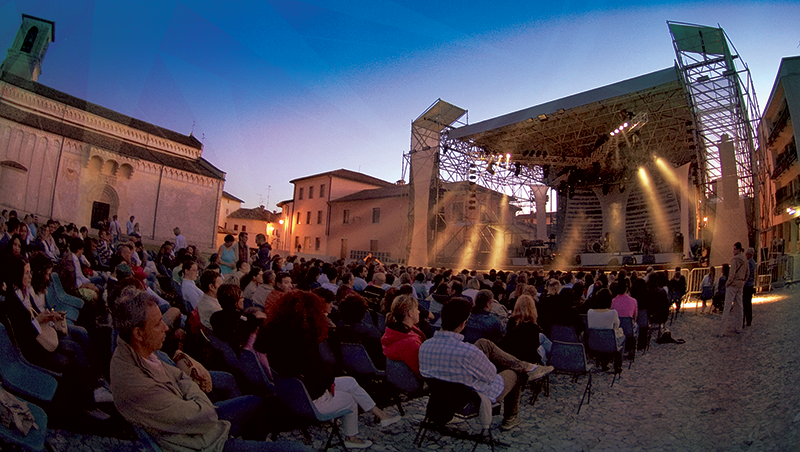 Folkest, international ethnic music festival (July). The event is organised into a series of concerts in different parts of the region over the course of the whole month. The last weekend in July, the shows are held in Piazza del Duomo in Spilimbergo which comes to life with exhibitions of musical instruments, vinyl records and street entertainment parades.

Cantabilis Harmonia, international festival of religious music (summer/autumn). The event is organised into a series of concerts in the churches in Spilimbergo and the surrounding area. The aim is to spread awareness of religious music and make use of the incredible organs in the area. The event is an integral part of the regional concert festival dedicated to the ancient pipe organs of Friuli-Venezia Giulia.

* The itineraries marked with an asterisk are part of the guided tour packages aimed at schools, youth groups and senior groups, consortiums, cultural associations and veteran groups, church groups and any other organised groups. The itineraries are indicative. Different solutions can be agreed on, on request. To ensure the tourist trails are organised as well as possible, please contact the Arcometa admin office and the Tourist Information Office in Spilimbergo at least three weeks before the agreed tour date. The cost of the guided tours, including administrative costs, are tied to changes in the tariffs of the authorised tourist guide associations. For more information, please contact the Tourist Information Office in Spilimbergo on (+39) 0427 2274 or email iat@comune.spilimbergo.pn.it