This project was set up to bring together facts and events linked to the First World War. It is organised by the town councils of Spilimbergo and Dignano.

Tales of War. Pathways to Peace.

A project promoting a thematic itinerary through sites from the First World War in central Friuli.

The route starts at the existing bridge between Gradisca and Bonzicco, built by military engineers in the spring of 1915 and used by troops heading to the frontline, and again during the Battle of Caporetto. Along the route, the Madonna della Salute, safely guarded on the capital in the square, accompanied the young soldiers from both camps. Artist and writer Ardengo Soffici also found refuge within these walls during the defeat at Caporetto; at the time, he was the official in charge of defending the bridge, as he describes in his war diary “La Ritirata del Friuli”. 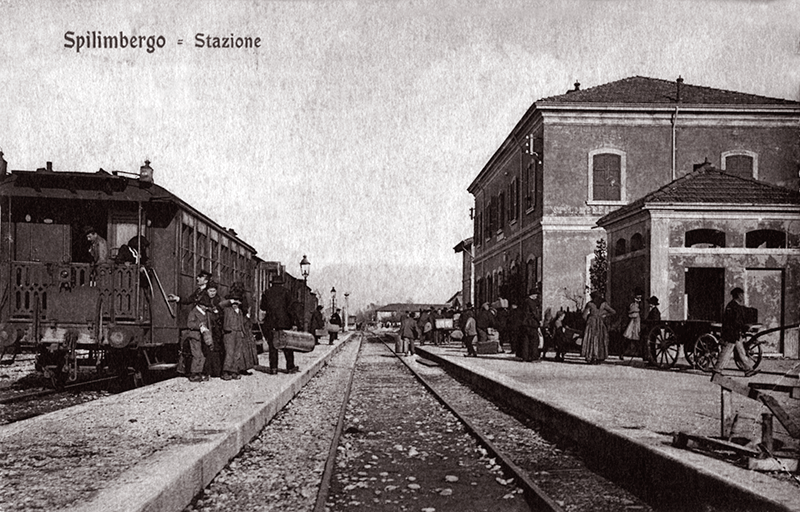 Also linked to the events of the time, the railway station in Spilimbergo survived. The “Posto di Conforto” help station for soldiers was located here, led by Anna Dianese, a volunteer nurse and Silver Medal holder with the Italian Red Cross, herself from Spilimbergo.

Among the military constructions we find: fortifications, lookout points, communication trenches and barricades, which can still be seen today along both banks, without forgetting the bell towers which served as excellent ‘broadcasting stations, lookout points and targets for cannons’.

The same applies to the cemetery in Gradisca for the unknown fallen soldiers from the invading army and the adjacent chapel where the gravestone of fallen serviceman Alfredo Calzolari Morelli can be found; the military ossuary in Spilimbergo; the former military hospital (now the community services centre); the convalescent home at the Bevilacqua military barracks; and the Lazaretto not far away. Then there is the air and naval station or the Istrago blimps shipyard; the former 2 Novembre military barracks in Tauriano; the Remembrance Park near the Ancona sanctuary; the monuments, memorial stones, and inscriptions, including the area in which the charge of the “Cavalleggeri di Saluzzo” regiment took place on 2 November 1918 in Tauriano, and the St John the Baptist memorial monument in Spilimbergo.

Thanks to the support from the regional government of Friuli Venezia Giulia, as part of the programme of events for the one hundred year anniversary since the start of the First World War, the itinerary has been equipped with explanatory signs and printed material.

Themed itineraries from the Great War around Spilimbergo 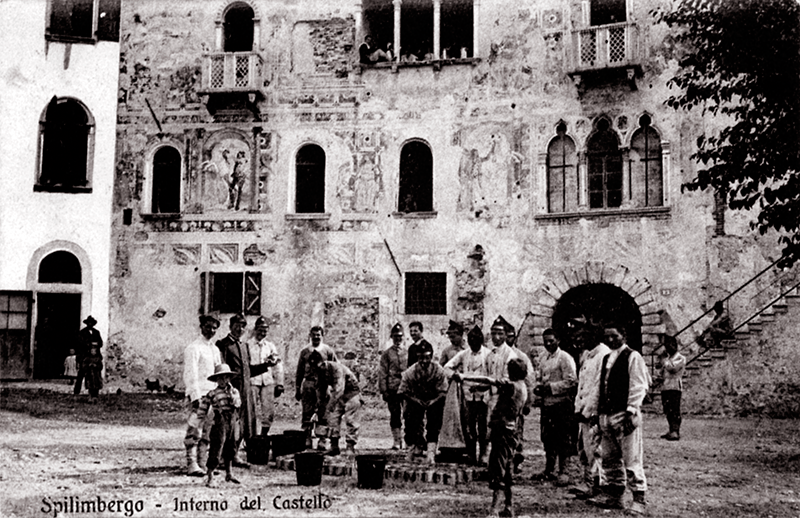